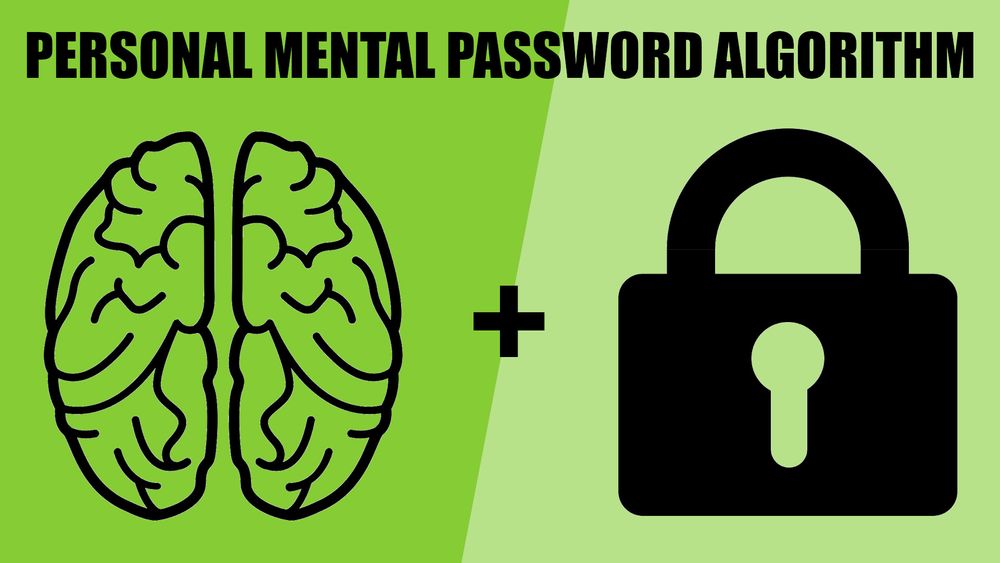 💡
Disclaimer: I am not a cryptologist! With that said, I am making no assumptions that these algorithms are secure. Use at your own risk!

Nothing is private. With that said, let's try to make things just a little less obvious. In this article, we will discuss some suggestions on how to develop your own mental password generator. Let's create stronger[1] passwords on the fly. Most importantly these passwords will be easily recalled with nothing more than your own gray matter. We will conduct a case study and step through the process of creating and remembering strong passwords. The examples are presented only as food for thought and can be used to help you create your own algorithm variant. In short, the goal of this article is to help produce unique and strong passwords in you head which can later be recalled without external help.

In order to get started, we will have to remember and memorize the following word "EJOTY". Here's a mnemonic device to help you remember this sequence:

In application, this sequence will be used to split the English alphabet into groups of five characters. For example:

In other words, this sequence will function as a search index to help you remember the numerical position of each letter of the alphabet. In this way, we can convert letters into numbers and numbers into letters.

To illustrate this, let's convert the word "secret" into a number sequence. Mentally, we can calculate this in the following way:

We now have the following numbers:

Let's put all these numbers together into one string:

Eventually and with enough practice, you will be able to discard the "EJOTY" sequence all together and be able to automatically remember the number which corresponds to the letter you wish to transform

In order to differentiate single digit from double digit numbers, let's pad each single digit with a "0". For example:

This padding digit separates single digits from their neighboring numbers. Additionally, this "padding" digit doesn't have to be "0". Let's use something else... how about "$"?

Our seed string "secret" is boring. Let's spice things up and add uppercase letters. For example "seCreT". We can translate this string by adding an additional prefix to our cipher text:

In the previous example, we added an additional "0" to any letter that is uppercase. Who says this prefix has to be a zero? ... Wait, who said this has to be a prefix? Let's change things up and make this prefix a suffix and change it to "&".

Let's mix it up and use the following characters and positions with the same string "seCreT":

Letters should likewise be translatable into their numeric counterparts. Let's examine the following number:

In order to translate this number into alpha characters, we will split each number into smaller groups of two. The first two numbers are "93". For this number, we need to check if the number is greater than 26, because there are 26 letters in the English alphabet. That means, any number greater than 26 won't have any letters to assign it. Since 93 this greater than 26, we need to split it once more into 9 and 3. The nine equates to the letter "i" and the three's alpha equivalent is "c". Following this pattern we compute the following cipher text: "icdFem". You'll notice that the f is capitalized. This points to the fact that a zero precedes the six in the number. A zero will serve as a place marker for upper case.

Now that we have a basic algorithm to obfuscate a simple text string. Let's practice:

Let's use the following characters and positions:

As show above, you can define your own rule set and salt your passwords as you like. So now we can change plain text to cipher text in our heads. Let's discuss a strategies on how we can create passwords in the real world.

In this section I will explain strategies on how to generate passwords using domain specific data. Let's apply our new password generating skills to something practical.

For this example, we will create a fictitious email address and generate our password using our algorithm at the following domain:

Let's first examine the domain name of our desired carrier "example.com". In creating our password, we'll take the first and last letters of the domain name and capitalize them: "EE". We can now combine them with our user name:

The combinations and the position of each letter is only presented here as food for thought. The possibilities here are endless as far as choosing combinations. Think about it and create your own combinations.

What if we want to change our password weekly, monthly or yearly? Well, there are plenty of ways to salt our password and spice it up. We can use the current week, month or year and add that to our precompiled password.

For example, let's say I want to change my password every month. Let's say the current month is April (fourth month). Let's add the month number it to our precompiled password and update our rule set:

Here some other ideas for spicing things up.

I assume that it is common to select the same user name when creating accounts. This should be avoided, as this practice reduces the work of a would-be attacker. Your user name can be easily obtained by knowing something about you i.e. another account, your email address, or a name you have used with a social networking site. Unless you are very particular about your standard user name, try using using a unique username for each account. This, in combination with your password algorithm can create more unique passwords.

This article is more or less a brain dump of an idea I have had for many years and I wanted to put it into writing. As I stated, I am not a cryptologist and am making no claims of strong password security. This is only presented as is. Decide for yourself if you want to use it. Trusting all your accounts with one extrememly simple algorithm such as this one, is probably a bad idea. In fact, it is probably better that you don't even know your passwords! Generate them in a password manager... All the same you'll need a master password to open it. One thing is for sure, implementing any of these methods is better than using the same password for every account you have.

Here are two simple algorithms which can be done in your head:

Here is a list of excellent books that outline techniques for improving your memory and cognitive ability. From personal experience, after reading these books and implementing the techniques, I noticed marked improvements. Check them out: 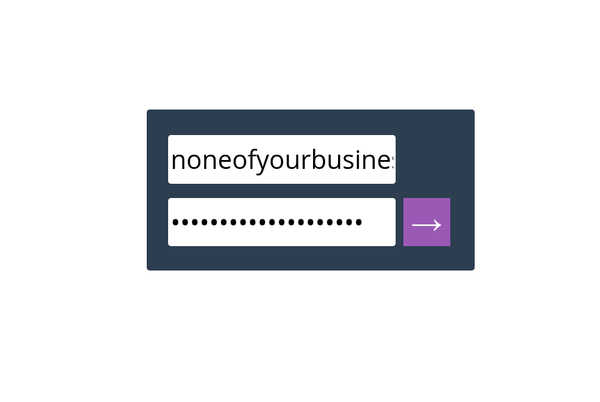 No results for your search, please try with something else.